The Institute for Migrations and Ethnic Studies, Zagreb

The Faculty of Philosophy of the Split University 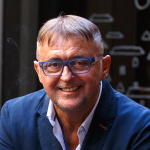 The Institute for Migration and Ethnic Studies

The age we live in is usually defined as a global era. This is a time marked by global migration. Looking from a historical perspective, migration, as a mechanical dimension of population / demography, has always had a global dimension. Migrations created cities, cultures and civilizations. Without them there would be no towns, societies nor civilizations. Yet what distinguishes today’s global from the previous historical forms of global migration? According to our judgement, technology and speed of movement in the society of speed (P. Virilio), from one point to another point of the world. The development of transport and communication technologies, new media, above all the speed of movement, establish a dividing line and a significant difference between today’s and historical global migrations.

In the methodological sense of the topic of Global Migration, there are three basic databases. In the first (Basic Databases and General Sources), the already-formed databases on the sociology of migration, demography, exploration guides and encyclopedias have been formulated. In the second (Methodology), sources on “methodological cosmopolitanism” and “methodological nationalism” were included, the two methodologies represented in our project. In the third (Globalization, migration, global migration, anti-immigrant parties, xenophobia) systematized information on key project concepts.

Five basic databases relating to key project concepts such as “globalization”, “anti-globalization”, “migration”, “global migration,” globalization and migration, “anti-immigrant parties / populism”, xenophobia / radical populism, with its analytical structures and exposure method.
These databases are the cornerstone for the construction of a specialized scientific portal on demography and migration as a scientific tool for the realization of this project and above all useful for the scientific community, state administration, EU administration, politics and the media. It is a challenging task but through persistence and technology, we will soon make it!

A WORD OF THANKS TO MY ASSOCIATES 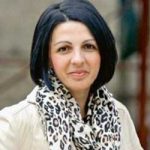 In making of this database constructive conversations with Ms.Marit Brčić-Kuljiš about the need for making such a base that will benefit and help the members of the research team were of great use. Thank you Marita!

I owe a thank you to Luka Milardović for the digital support to the project and for setting up the data base on our site.

I. Basic databases and general sources

B. Migrations – theory and practice

Base 4.Globalization and migration

N. Populism in the media

C. Publications. Political parties as actors of populism and xenophobia in Europe

G.On xenophobia in the media